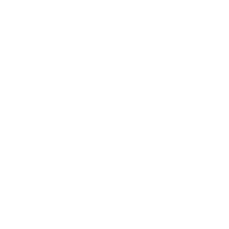 Black Widow confronts the darker parts of her ledger when a dangerous conspiracy with ties to her past arises. Pursued by a force that will stop at nothing to bring her down, Natasha must deal with her history as a spy and the broken relationships left in her wake long before she became an Avenger.

In 1977, in New York City, a troubled young Jewish man bent on revenge is taken in by a secret group of Nazi hunters fighting a clandestine war against the cabal of high-ranking Nazi officials in hiding who work to create the Fourth Reich.

In 1934 Diego Padilla wins the spanish championship of chess and meets a french journalist, Marianne Latour, and they fall in love. At the end of the civil war Marianne convinces Diego to live in France with their daughter, where shortly afterwards Diego will be accused of spying by the Nazis and imprisoned in an SS prison. In prison, Diego will try to survive in a hostile environment thanks to Colonel Maier's passion for chess.

©Tom Pataki All rights reserved. ALL IMAGES AND VIDEOS ARE COPYRIGHT OF THEIR RESPECTIVE OWNERS.